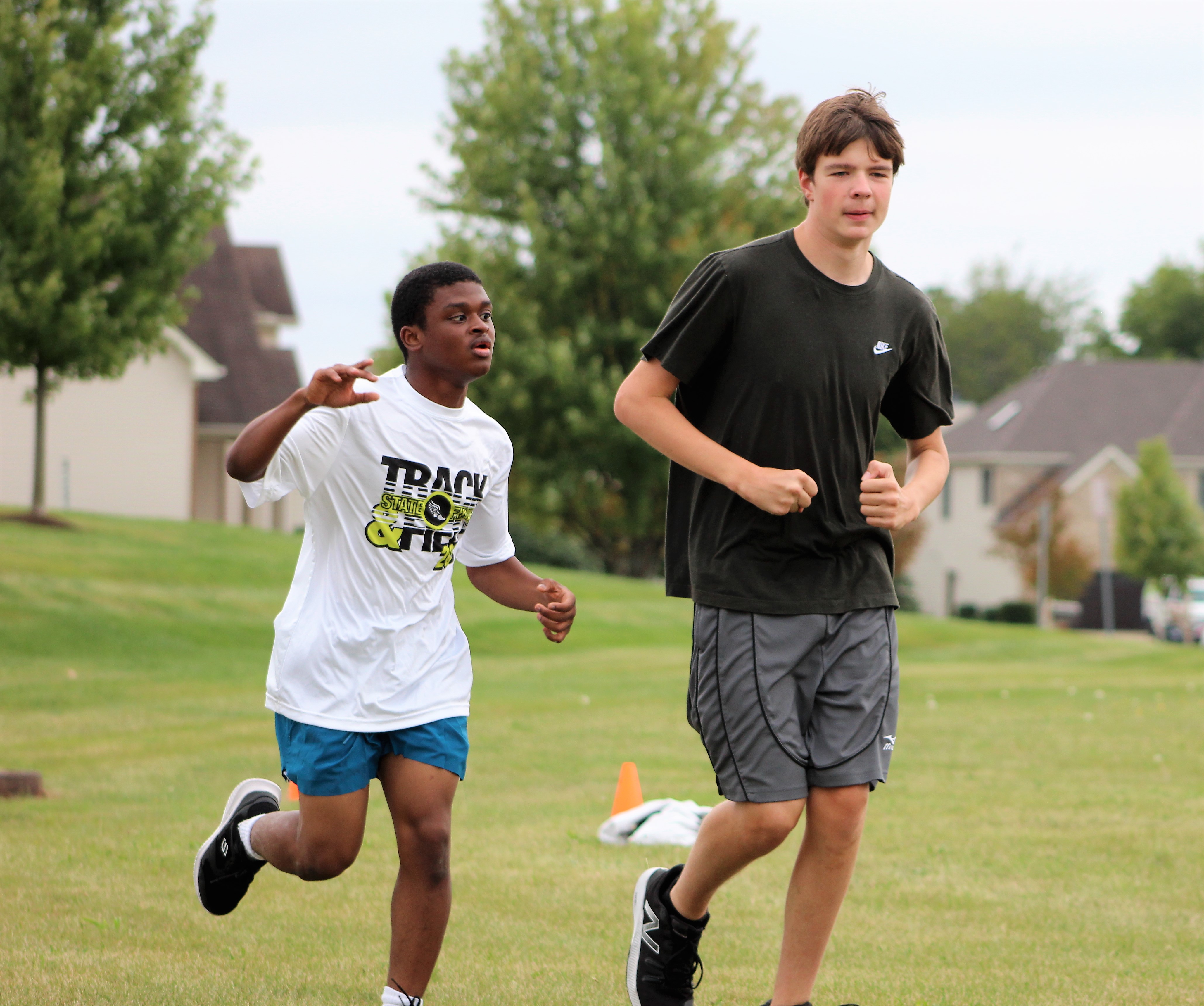 The 17-year-old senior moved to District 202 last school year and spent his first year as a PNHS Tiger learning remotely during the COVID-19 pandemic. He took his first steps inside PNHS when all district students returned to in-person learning.

“Getting to classes was a bumpy road. I had to have additional assistance,” Johnson-Watts said.

Despite some initial challenges, he quickly focused on completing his goal to join the boys’ cross-country team.

“He is incredibly real, kind, outgoing, and friendly and clearly has shown the ability to persevere through new challenges,” Derks said.

This is Johnson-Watts’ first time competing in any sport. Running works well for him physically because the shunt in his head prohibits him from playing contact sports, he said.

“It’s a blast. It feels like a junior marathon,” Johnson-Watts said of being on the team.

“I’m basically Mi’kel’s eyes to help him avoid obstacles that could injure him and prevent him from running,” Dolata said.

What someone can see from 800 feet, Johnson-Watts can see clearly from only about 20 feet away in his right eye. In his left eye, his visual acuity is 20/150.

“I trust my teammates,” Johnson-Watts said.

Johnson-Watts and his teammates will compete in the “Locktoberfest” Invitational in Lockport on Saturday, October 2, 2021.

“He’s a senior and he gets to be a part of something. I’m going to cry talking about it and I’ve only known him for a few weeks. We’re really a good group to be a part of,” Derks said of the cross-country team and the PNHS family.