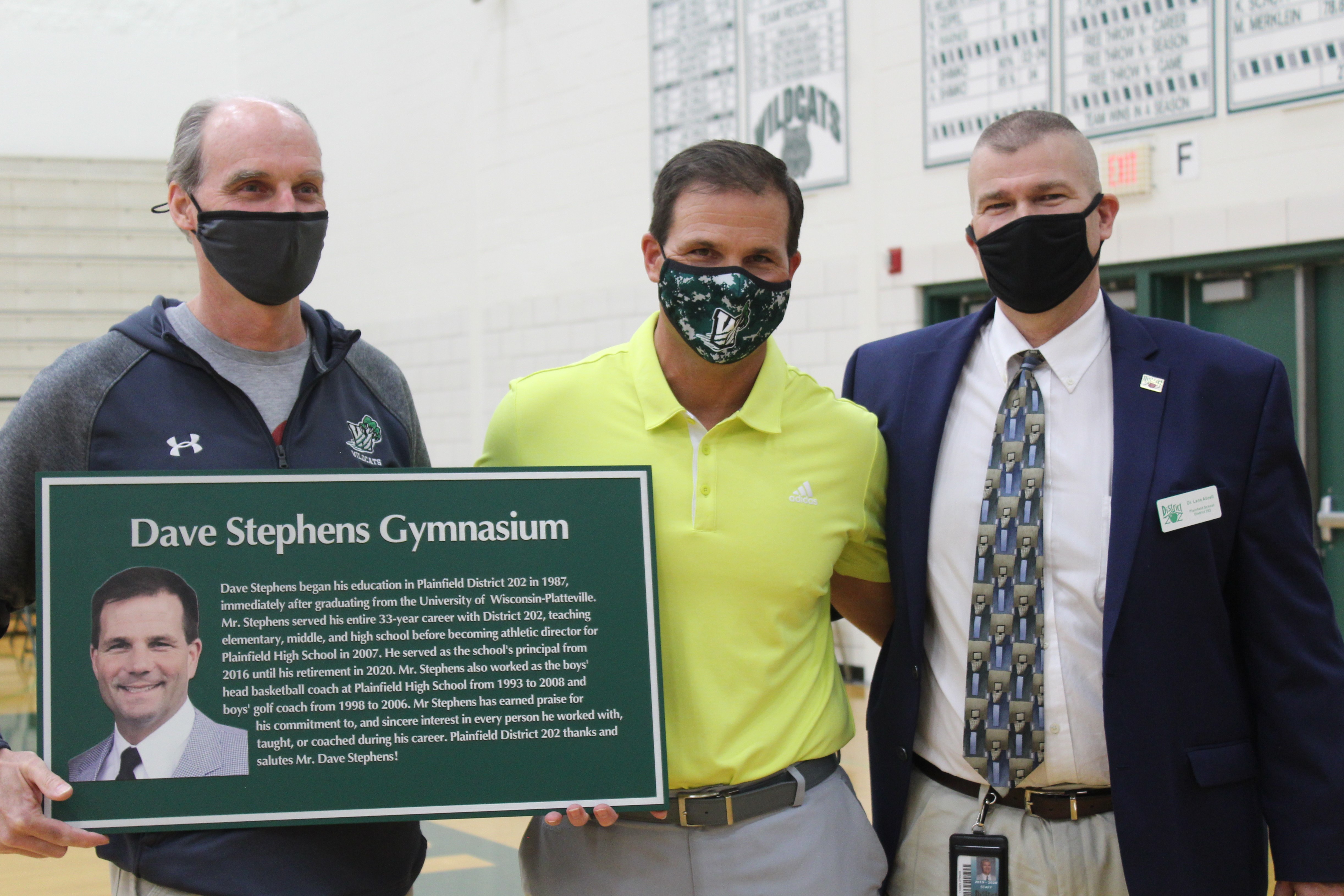 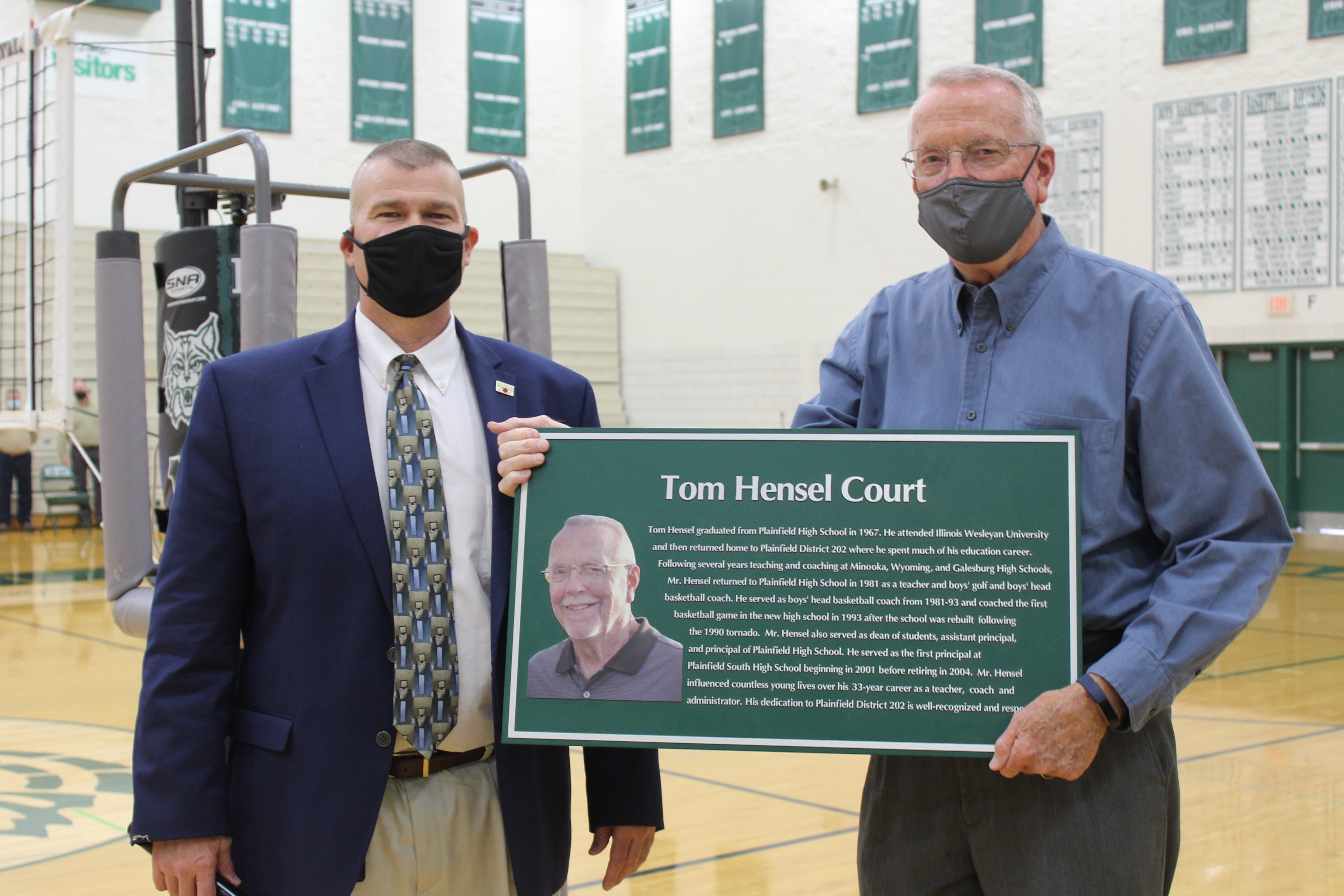 Plaques will adorn the Dave Stephens Gymnasium and the Tom Hensel Court after Thursday’s surprise ceremony.

“These are two individuals who deserve to be recognized for their time and service to District 202,” Abrell said during the ceremony.

Both men were surprised and humbled by the honors.

Hensel retired from the district in 2004 after serving more than 33 years in education as a coach, teacher, and administrator.

“I loved coaching here and I loved the fans,” Hensel said.

Stephens spent his entire 33-year education career at District 202. He retired in 2020 as principal of PHSCC.

“I love this place and I love all these people,” Stephens said.

Stephens began his education career at District 202 in 1987 after graduating from the University of Wisconsin-Platteville.

He spent his 33-year teaching career with District 202.

Stephens taught at the elementary, middle, and high school levels before becoming athletic director at PHSCC in 2007.

Stephens also coached the PHSCC boys’ basketball team from 1993 to 2008.

He graduated from Illinois Wesleyan University and taught in Minooka, Wyoming, Galesburg high schools. Hensel returned to District 202 in 1981 to teach and coach.

He coached golf and boys’ basketball and coached the first game in the new high school after the 1990 tornado destroyed the former PHS.

Hensel also was dean of students, assistant principal, and was the first principal of Plainfield South High School in 2001. He retired from PSHS in 2004.